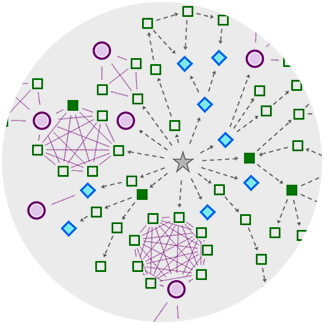 EunJin Kim, a Ph.D. candidate of color lab published an article entitled “Cognitive styles in design problem solving: Insights from network-based cognitive maps” in Design Studies. This study was originally conducted during her master period at Ulsan National Institute of Science and Technology(UNIST), and Professor KwanMyung Kim was her supervisor as well as a co-author of the article. She investigated the cognitive styles of designers using a protocol study. In order to describe and support the analysis of encoded protocols, a new graphical representation called a cognitive map was devised adopting the concept of a network. Through analyzing the cognitive maps of 24 participants, four cognitive styles were identified: Focused probers, Treasure hunters, Selectors, and Explorers.