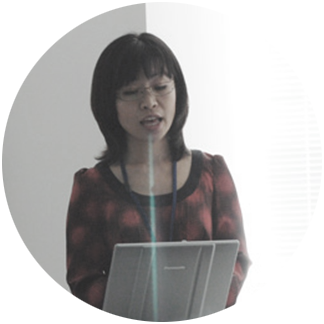 Dr. Suk made a presentation at the KEER 2007 conference, International Conference of Kansei Engineering hosted by Japanese Society of Kansei Engineering in Tokyo, Japan. The study was about the effect of the Ring-Back-Tone(RBT) on caller’s judgment of receiver’s personality and it  revealed that caller’s can easily have a prejudice based on the quality of the RBT subconsciously especially when the receviers are not known to them. However, this effect disappeared when a caller and a receiver were acquaintances. Later it was selected as the Best Paper Presentation, and Bomin Kim and Moon-Young Kwon were the coauthors.

The purpose of the study is to investigate the influence of Ring-Back-Tone (RBT) music on the evaluation of the phone-call receiver’s personality in dimensions of Openness, Extroversion, and Neuroticism. In a preliminary test, the subjects listened to 17 RBT music stimuli in random order and assessed the personality associated with liking for each music (N=15). Among the 17 RBTs, three were selected to be used in Experiments I and II and they were distinguished from each other in terms of the three personality dimensions (p<0.001).In Experiment I, the subjects were divided into four groups and were asked to make a call to interview an unknown receiver (N=60). Different RBT music was installed depending on the group to which each subject belonged. It was found that different RBT influences the caller’s evaluation of the receiver’s personality, supporting Hypothesis 1 (p<0.001). Moreover, the ratings of the receiver’s were highly correlated with those of the RBT music stimuli in terms of Openness (r=0.722, p<0.001) and Extroversion (r=0.753, p<0.001). In Experiment II, an identical experiment design was applied for a new group of subjects who were acquainted with the receiver (N=40). It was hypothesized that previous knowledge about a person would weaken the RBT effect. The results showed that RBT exerted no effect on the evaluation of the receiver’s personality when the caller knew the receiver. It was also found that 12 personality traits, where each of the three personality dimensions is described by four traits, facilitated assessment of the character of the RBT music as well as the personality of the receiver.

Full text in the proceeding of KEER 2007