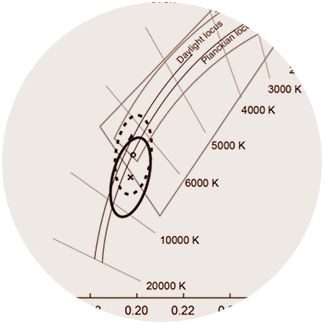 Collaborating with Samsung Electronics, Color lab has investigated the optimal white observers consider as the true white when viewing TV displays. The research question was raised in the Master dissertation of Dr.Kyungah Choi(supervisor: Prof.Suk), and Dr.Choi began with smartphones and tablet PCs. Expanding the research scope, Dr.Choi has led the empirical study to confirm whether the previous finding should be eligible for the larger TV displays. In particular, the paper not only reports the empirical results but also proposes an algorithm for the practical application in TV industry.